To share your memory on the wall of William Passmore, sign in using one of the following options:

Age 90, died peacefully February 8, 2021 at Seneca View after a long struggle with COPD and cardiac issues.

Bill was a grape farmer and a chemist but his favorite, though short-lived... Read More
William Olliffe Passmore

Age 90, died peacefully February 8, 2021 at Seneca View after a long struggle with COPD and cardiac issues.

Bill was a grape farmer and a chemist but his favorite, though short-lived livelihood was his work in early adulthood as a merchant seaman. It took him around the world, and while at sea, gave him a lot of time for reading. He graduated Cornell University with a degree in agronomy, worked as a chemist for Corning Glass; much later he was a computer scientist with Tymnet, an early data communications company. A lifelong learner and scholar, he was particularly interested in history and mathematics. In his early 80s, he studied and converted to Judaism. He also began studying East Asian art and history in online courses because it was something he hadn’t studied before. He was a dedicated gardener and an amateur artist who loved creating and sharing beauty. He also loved fly-fishing with his son Andrew and grandson David.

He leaves behind four children – Anne Passmore (Ovid) mother of grandson David Passmore; Andrew (Sue) Passmore (Romulus); William (Denise) Passmore (Voorheesville), parents of grandsons Kyle Passmore, Zachary Passmore and Caleb Passmore; and Margaret Passmore (Wil Burns) (Ovid). He also leaves loving companion Karey Solomon, with whom he lived for more than 20 years. He will be missed by family, all of whom he greatly loved, and an extended family of friends. He was pre-deceased by his sister Elizabeth “Betty” Passmore who served in World War II as a member of the Women’s Air Command (WAC) and died in 1944; and ex-wife Esther Passmore in 2014.

There will be a private graveside service. In lieu of flowers, donations may be made in Bill’s honor to the VLH Fire Company. Arrangements with Royce-Chedzoy Funeral Home, Watkins Glen.
Read Less

To send flowers to the family or plant a tree in memory of William Olliffe Passmore, please visit our Heartfelt Sympathies Store.

We encourage you to share your most beloved memories of William here, so that the family and other loved ones can always see it. You can upload cherished photographs, or share your favorite stories, and can even comment on those shared by others.

Guaranteed hand delivery by a local florist
HE

Posted Feb 13, 2021 at 02:06pm
We are sorry to hear of the passing of this wonderful man--a true individual. Deep condolences to the whole family and to our dear friend Karey.
Harriet and Michael Eisman
Comment Share
Share via: 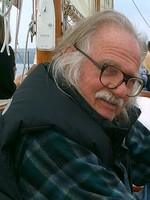