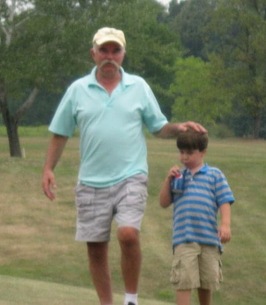 A dedicated son, husband, father, grandfather and friend. Born the 3rd of 11 children to Sam and Kathryn Wright, Jack grew up in Powell, PA. Upon graduating from Towanda High School, in the spring of 1963, Jack enlisted in the U.S. Navy. After proudly serving his country with 2 tours in Vietnam he headed west to California. It was 1968 why wouldn’t you! This would prove to be a wise decision. As a former naval medic, Jack began working at Los Alamitos hospital. It was there that he met a young R.N. named JoPat Paradiso. She quickly became the center of his world and would remain so for the next 52 years.

The couple married on December 19, 1970. After the births of their first 2 children, they decided to return to their roots back east. In 1974 they planted a flag in Watkins Glen which quickly became home. Shortly after that their 3rd child arrived and their family was complete.

Jack worked at Shepard Niles Crane and Hoist upon moving to NY. He was active in the union, rising to Vice President. It wasn’t long after that a local business opportunity presented itself, the couple agreed that it was too good to pass up. Jack and JoPat purchased what would become known as Wright’s Beverages. It was a natural fit for Jack. As the beverage business began to grow a second business was added, Wright’s Liquor Loft and Wine Cellar. This dynamic duo also owned and operated several rental properties throughout the village. Upon retirement in 2007, Jack and JoPat split their time between Watkins Glen, NY and Sebring, FL.

Jack was quite a character, to know him was to love him. He was gentle, kind, and sweet; however, he was known to have his own version of the truth every now and then. Nobody is perfect but he was awful close. He was an avid golfer all of his adult life, anyone fortunate enough to play a round or to have gone on a golf trip with him, knows how lucky they were. Jack loved all sports, especially in person. From Friday nights in Dundee on the dirt track, on top of the motor home at The Glen, season tickets at The Carrier Dome, endless Buffalo Bills games, to watching his children play whatever sport was in season. He loved it all. Another hobby Jack no doubt enjoyed, was tinkering in the garage. So much so that his wife believed the only reason he wanted the rental properties around town was so he had another half dozen garages to store his stuff in. You can bet he enjoyed a beer or two while engaged in whatever activity he was doing, he LOVED beer, cold or warm, it didn’t matter to him! However, what he cherished most was family and spending time with them.

Our father never told us how to live, he lived and let us watch him do it. Everyone who remembers him is asked to celebrate in their own way, raising a glass of your favorite drink would be quite appropriate. In lieu of flowers a donation can be made at Pawz and Purrz Animal Rescue, Inc. P.O. Box 466, Painted Post, NY 14870, online at pawzandpurrz.org, or to Southern Poverty Law Center at splcenter.org

You may leave a memory or condolences online at www.RoyceChedzoy.com

All rights reserved. This obituary is also archived at obittree.com