To share your memory on the wall of Charles \"Chuck\" W. Calhoun, Sr., sign in using one of the following options:

Provide comfort for the family by sending flowers or planting a tree in memory of Charles "Chuck" W. Calhoun, Sr.

Provide comfort for the family by sending flowers or planting a tree in memory of Charles "Chuck" W. Calhoun, Sr.

Age 90, formerly of Hector NY, passed away valiantly on Memorial Day, May 31, 2021, after a long personal battle with Parkinson’s Disease.

Age 90, formerly of Hector NY, passed away valiantly on Memorial Day, May 31, 2021, after a long personal battle with Parkinson’s Disease.

Chuck was born in Watkins Glen, NY on December 5, 1930, the son of Ralph and Erma Calhoun. He proudly served his country, starting in 1951, in the US Marine Corps. After returning home and completing college at the Rochester Business Institute, he was offered a job at the Watkins Salt Company (later to become Cargill, Inc.), where he spent his entire career. He retired in 1988 as their Eastern Office Manager.

Chuck will forever be fondly remembered a Founder, in 1964, along with Carl Isley and Vern Alling, of the famous Squires Jr. Drum and Bugle Corps of Watkins Glen, which earned national acclaim and prestige during its 17 years of existence. The corps brought immense pride to the local community, training literally thousands of young people about the value of teamwork and dedication to excellence, and instilling in them a love of music and pageantry that has been passed down through the generations. The bonds created through Chuck’s vision and leadership will never be forgotten.

Chuck’s other passions were his rabid support for his Mets, NY Giants, and SU Basketball teams; and his love for Seneca Lake, which he and wife Betty were fortunate to gaze upon from their retirement home on Valois Point, for over 25 years.

The family wishes to thank Dr. Donnelly and Joyce at Arnot Health, and Dr. Tom at Dermatology Assoc. of Ithaca, for their dedicated care. In lieu of flowers, donations in his memory may be made to the Valois Logan Hector Volunteer Fire Company, PO Box 46, Hector, NY 14841; or the Hector Presbyterian Church, PO Box 96, Hector, NY 14841
Read Less

To send flowers to the family or plant a tree in memory of Charles "Chuck" W. Calhoun, Sr., please visit our Heartfelt Sympathies Store.

We encourage you to share your most beloved memories of Charles "Chuck" W. here, so that the family and other loved ones can always see it. You can upload cherished photographs, or share your favorite stories, and can even comment on those shared by others.

The Atwood Family: Donna, Chris, Mark and Dan, John and Mike Fannin, and other have sent flowers to the family of Charles "Chuck" W. Calhoun, Sr.
Show you care by sending flowers

Posted Jun 04, 2021 at 08:11am
Chuck was the best friend, mentor & boss a person could ever have. He made this world a better place for others every day. Thanks "CC Rider"! You'll always be considered one of the BEST Godwinks placed on my pathway of life!
Larry "G"irven
Richmond, Texas
Comment Share
Share via:
JF

Posted Jun 03, 2021 at 06:40am
To the Family and Friends of Chuck Calhoun, USMC,
The members of the E.J.Brewer Detachment-Marine Corps League offer our
sincere condolences for your loss.
He served our nation with honor, may he now rest in peace.
Semper Fi.
Bob Guzman, Chaplain
Comment Share
Share via: 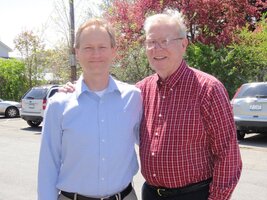 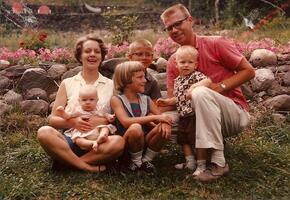 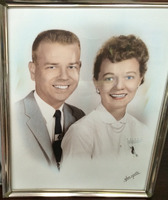